systems and dimensions of new communication 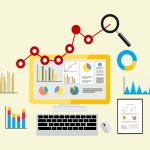 In internet everybody knows you can be a dog Time has gone, socially and technologically speaking,  since comics on New Yorker (1993) drowed by Peter Steiner cleverly summarized both powerness and riskies about online interactions, so becoming a meme on internet anonymity condition. The phrase “on internet nobody knows you’re a dog” referred to its colleague could be understood at least in a double meaning.   From one side, as a relational and democratic liberation from material considerations such as class, genre, body apparency, age… and, here, also of species, an idealization of purely discoursive relationships that, thinking of animal inclusion, seemed less radical than Alain Touring’s dream involving even speaking entities built artificially (AI). On the other hand, the comics were a warning to check the “quality” of online contacts because everyone has a chance to cheat. Actual horizon fueled by social accounts and ostentatious exhibits of personal images (granted of preventive aesthetic adjustments) seems to have absorbed part of anxiety. By the way, the “fake” became more insidious because involving contents even if now it’s a well-known and rejected category that, given our alternating successes, won’t spare us from using a vigilant and active criticism in the future…. 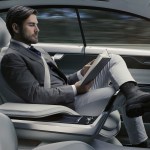 Promises and nightmares around autonomous vehicle In a world appearing always more chaotic, driverless vehicle project seems highly supponent in its desire to completely automate cars eliminating human driver, meaning implementing cars which are able to master all surrounding events to smoothly arrive to the suggested targeting place. We will get into the car without worries, and our intent will be only to relax and engage in some ways, sure to be carried wherever we asked, closed in a sort of cocoon that works both as a form of teletransportation and as immunization from the simpatethic contaminations of life events. Warned by the continuous procrastinations regarding real product/service launches, I suspect that automotive industry is more interested in the collateral benefits of overall project instead of the final goal. Being an industry capable to move huge investments, as well as launching exaggerated challenges, we could agree with this strategy. On the other hand, what is our user experience as car owner nowdays? For the majority part of worldwide population that dwells in the metropolitan areas is only in advertising that cars go smoothly and silently through lush and fluid landscapes. Meantime, in the same promise lands of new autonomous cars…

From Lollipop to the enchanted objects Although resulting quite elusive and so equally fascinating, having to deal with design as topic became a “must” even for people interested in communication technology since the iPhone has been launched in 2007. Meantime, centrifugal explosion of digital media in people’s social and personal life, alongside with multiple use of digital interfaces, puts design at the centre of industries as mode to differentiate products and satisfy users’ needs and desires. On the other hand, while our body-mind goes through digital portals for hundreds times every day, changes in digital design are also symptom on how fastly and (almost) unawares we dwell and readapt our personal and social being. Indeed, as someone said, mobile screens have become the real third place of human living, being hard to find places or activities where digital screens are absent. However, digital design should be thought as part  of design work, which aims to elaborate solutions that simplify, in a given temporal context, interactions among persons and objects/devices inside a play of reciprocal adaptation/stimulation, mainly an enriching encounter between human beings – dominated by an alchemy of feelings, senses and rationality – and human artifacts – material objects, mechanisms/procedures of… 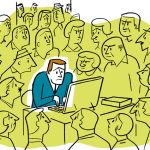 The feeble belly of internet Lately, digital activist, American scholar and journalist Ethan Zuckerman complained about his past as supporter of what he defines the “Internet’ s original sin”, namely exploitation of advertising as business model to start and manage online services. Although he had many fellows, the present director of MIT Center for Civic Media has a point to blame himself. In 1995 Zuckerman worked and implemented the so hated ad pop-ups, those web pages full of advertising messages that, during our browsing, suddenly occupy all our vision entrapping us nervously while we make vain tentatives to move on. However, Zuckerman’s mea culpa does not accuse advertising communication rather its use as primary revenue source for the most popular online services that, inevitably, implies user surveillance. On the other hand, advertising was a easy driver for internet start-ups to justify their business plans. However, given the increasing competition to catch user attention and the decline of value of visual impressions, online advertising is much more appreciated when consumers are effectively targeted. Yet, surveillance is not only for ads targeting. First of all, online ads need to be controlled to avoid abuses as click-fraud (generation of impressions by people, automated… 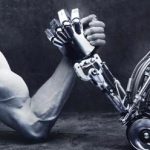 Labour crisis and technological unemployment The social and economic changes have always animated modern era, and, since the half of Seventeenth century, they often were so radical we used the term “revolution” to evidence the need of a deep existential readaptation for people life. The problematic relationship between jobs and technological innovation, that cyclically arises when a relevant crisis affects production and consumption models, is also an old story. The American economist John Maynard Keynes thought of it as inescapable phenomenon, coining the term technological unemployment (1930). Obviously, issue feeds hot discussions normally ending with a dichotomous scheme between people that consider industrial and commercial competitive dynamics seeing technology as a gift for its capacity to create new realities/activities, and people that, on the contrary, think of it as a ruin for almost every sort of occupation. Nowadays, in front of a persistent economic crisis associated with a general restructuration of many business helped by digital connected technologies embedded (almost) in every things, this issue assumes great centrality. Or, otherwise said, there are many suggestions to frame it as a relevant argument because humane society radically changes when new communication and energy paradigms are available. American sociologist Jeremy Rifkin explains… 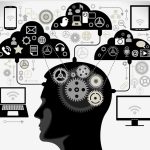 Sometimes, developments and analysis connect themselves again, traveling through the same metaphors in which, in the meantime, our lives (deeply) are unfolding …                   References Gruman, G., 2014, “Welcome to the next tech revolution: Liquid computing”, in Infoworld.com, July 15, 2014. Petullà, L., 2008, Media e computer liquidi, Milano, Lampi di Stampa.

The digital re-mediation of sociability 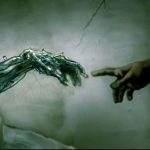 danah boyd and the adolescent probes Describing the socio-cultural context in which communication technologies are situated and used is an evident merit of danah boyd, a very polyedric American social researcher, herself digital native, scholar and professionist – at moment Principal Researcher at Microsoft. Consequently, her works are not easily summarizable through slogans. In the case of her last work, a book gathering a long series of researches on teens’ sociability, the warning comes immediately from the title. In effect, It’s Complicated: The Social Lives of Networked Teens can be interpretated in two ways: the difficulty to understand social media uses thinking only in terms of social destiny determinated by technological aspects, and difficulty of people to act, among opportunities and challenges, in the new and interactive digital environments. On the other hand, although focused on teens, author sees teenagers as an ideal-typical case because, whether they are advantaged in handling and switching accross media, on the challenge-side they suffer for lack in life experience and social power. The counterpoint about the real and problematic issues of their digital lives balances narratives describing teens as human beings highly facilitated by digital technologies. In effect, while the digital migrants are engaged… 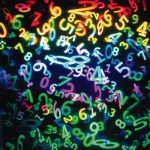 Limits, enterprises, and accountability of cultural software A recent ad campaign promoted by UN and created to warn about worldwide spread of sexist and discriminatory opinions regarding female population has been based on Google searching functions. More precisely, it focuses on suggestions furnished by autofilling function after some words as “women should …” have been introduced. Both (supposedly) based on frequently searching operations and recognized textual combinations of internet contents, the algorithm showed all stereotyped ideas running in the world. In ad campaign women are shown with a sort a gag represented by Google’s suggestions that, covering their mouths, have the effect to silence true voices and personalities. The success of campaign (credits: Memac Ogilvy & Mather Dubai) to reveal such prejudices in a very incisive way and so oddly timely – if we think of our post-modernity so sophisticatedly supported in terms of technologies of thought – can be measured by the huge debate on twitter (hashtag: #womenshould) but also by imitations: see Australian initiative Racism. It Stops With Me. In the past this online space hosted a reflection on the importance of language to structure human being in the continuous process of interaction with environment – so, not… 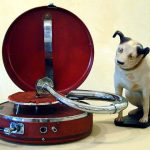 The body of avatar What a weird and fascinating story the award recently assigned to Scarlett Johansson by the 2013 Rome Film Festival for her vocal interpretation in the last Spike Jonze’s movie “Her”. The actress interprets the voice of computer’s operating system, with which the protagonist ends to fall in love. Given the Italian policy to dub every foreign movies, much irony has flourished because a such vocal performance will be never appreciated by local audience. Moreover, both Johansson and many other winners have attended awards through video messages. Indeed, it’s already sure: we are used to meet each others indifferently in a mixed way of online/offline presence, in this case much more online. Thanks to its fundamental sensitivity for phantasmatic forms, by which “the maximum of reality” can be produced (Alberto Abruzzese), cinema industry takes responsibility to certificate it. However, the actress made a preventive visit to the festival that was intended as a crafty operation to reanimate ambitions of a festival declining on the wake of a double crisis: those of Italian cinema industry and city budget, having the Capital  the major role in exhibition organization. (Many people blamed the fact that, finally, the visit has been paid…

The “Real-time” of advertising 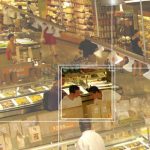 From the crisis of control to the turn of hypercontrol One of the most interesting thesis on marketing and advertising explains how their rise spread from a reaction to an increasing state of lack of control. In the XIX century a huge industrial push increased enormously a productive capacity that, suddenly, had to wide its selling horizon – and, as result, the terms of consumption. Marketing and advertising engaged themselves on how to match producer and consumer needs at large scale. After some centuries, we can say that marketing gained esteem and dignity regarding its original aim. Unfortunately, considerations about advertising effectiveness are less enthusiastic if we still comment it using the phrase “spray and pray”. However, diffusion and use of online media have increased very much  chances to overcome this never-ended skepticism on the ability to hook the timely needs of users with knowledge and speed. At the beginning of this reflection we have to make a premise about what we have experimented in the meanwhile. Everywhere there is the possibility to find people or environment/events polarizing human attention, there is also the certitude to meet some kinds of advertising elaborated by marketing strategies.  As result, attention prompts by…